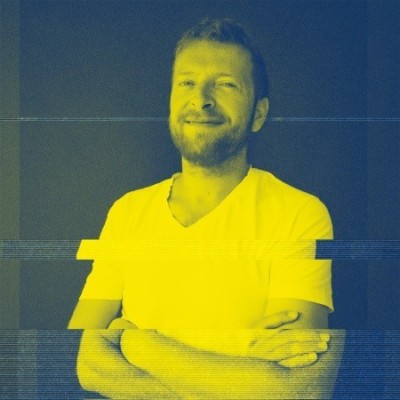 In case you did not pay attention to the area of large scale distributed computing – there is a revolution going on! It is becoming increasingly evident that the software ecosystems built around so called Big Data are at the forefront of cloud computing innovation. Unfortunately, there has been more debate around determining how big Big Data actually is rather than defining common set of requirements for the large scale Big Data computational platforms.

Stephen O’Grady of RedMonk summarized this phenomena succinctly: “Big Data, like NoSQL, has become a liability in most contexts. Setting aside the lack of a consistent definition, the term is of little utility because it is single-dimensional. Larger dataset sizes present unique computational challenges. But the structure, workload, accessibility and even location of the data may prove equally challenging.”

Zack Urlocker, an advisor and board member to several startup companies in the area of SaaS was equally vocal in his criticism regarding complexity of the existing systems : “You pretty much gotta be near genius level to build systems on top of Cassandra, Hadoop and the like today. These are powerful tools, but very low-level, equivalent to programming client server applications in assembly language. When it works its [sic] great, but the effort is significant and it’s probably beyond the scope of mainstream IT organizations.”

This is exactly where we are positioning Infinispan’s roadmap as we are announcing initial steps into the area of distributed execution and MapReduce framework built on top of Infinispan. Infinispan’s distributed data grid is a most natural fit for such a platform. We have already built an infrastructure for essentially unlimited linear in-memory data scaling. However, having such a data grid without an ability to execute large scale computation on it is like having a Ferrari without a drivers licence. Listening to the criticism regarding the lack of direction in Big Data field and complexity of the existing distributed execution frameworks our focus was primarily on simplicity without sacrificing power and a rich feature set such a framework should have.

The second advantage of the DistributedExecutorService is that it allows a quick and simple implementation of tasks that take input from Infinispan cache nodes, execute certain computation and return results to the caller. Users would specify which keys to use as input for specified DistributedCallable and submit that callable for execution on Infinispan cluster. Infinispan runtime would locate the appriate keys, migrate DistributedCallable to target execution node(s) and finally return a list of results for each executed Callable. Of course, users can omit specifying input keys in which case Infinispan would execute DistributedCallable on all keys for a specified cache.

Infinispan’s own MapReduce model is an adaptation of Google’s original MapReduce. There are four main components in each map reduce task: Mapper, Reducer, Collator and MapReduceTask.

Implementation of a Mapper class is a component of a MapReduceTask invoked once for each input entry K,V. Every Mapper instance migrated to an Infinispan node, given a cache entry K,V input pair transforms that input pair into a result T. Intermediate result T is further reduced using a Reducer.

Reducer, as its name implies, reduces a list of results T from map phase of MapReduceTask. Infinispan distributed execution environment creates one instance of Reducer per execution node.

Collator coordinates results from Reducers executed on Infinispan cluster and assembles a final result returned to an invoker of MapReduceTask. #[.cm] #

[.cm]#Finally, MapReduceTask is a distributed task uniting Mapper, Reducer and Collator into a cohesive large scale computation to be transparently parallelized across Infinispan cluster nodes. Users of MapReduceTask need to provide a cache whose data is used as input for this task. Infinispan execution environment will instantiate and migrate instances of provided mappers and reducers seamlessly across Infinispan nodes. Unless otherwise specified using onKeys method input keys filter all available key value pairs of a specified cache will be used as input data for this task. #

[.cm]#MapReduceTask implements a slightly different execution model from the original MapReduce proposed by Google. Here is the pseudocode of the MapReduceTask. #

In conclusion, this is not a perfect and final distributed execution and MapReduce API that can satisfy requirements of all users but it is a good start. As we push forward and make it more feature rich while keeping it simple we are continuously looking for your feedback. Together we can reach the ambitious goals set out in the beginning of this article.