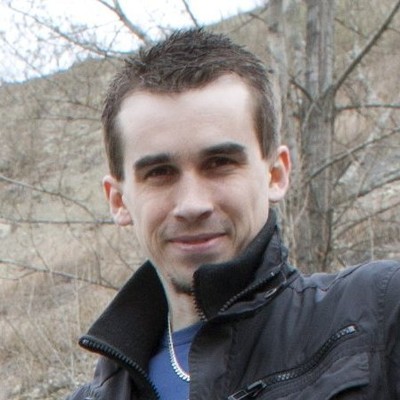 Sometimes we have a large object, possibly with lots of attributes or holding some binary data, and we would like to tell Infinispan to replicate only certain part of the object across the cluster. Typically, we wanna replicate only that part which we’ve just updated. This is where DeltaAware and Delta interfaces come to play. By providing implementations of these interfaces we can define fine-grained replication. When we put some effort into such such an enhancements, we would also like to speed up object marshalling and unmarshalling. Therefore, we’re going to define our own externalizers - to avoid slow default Java serialization.

The following code snippets are gathered in a complete example at https://github.com/mgencur/infinispan-examples/tree/master/partial-state-transfer This project contains a readme file with instructions on how to build and run the example. It is based on clustered-cache quickstart in Infinispan.

So let’s look at our main object. For the purpose of this exercise, I defined a Bicycle class that consists of many components like frame, fork, rearShock, etc. This object is stored in a cache as a value under certain (not important) key. It might happen in our scenario that we update only certain components of the bike and in such case we want to replicate just those component changes.

delta() - Extracts changes made to implementations, in an efficient format that              can easily and cheaply be serialized and deserialized.  This method will              only be called once for each changeset as it is assumed that any              implementation’s internal changelog is wiped and reset after generating              and submitting the delta to the caller.           We also need to define setters and getters for our members. Setter methods are, among other things, responsible for registering changes to the changelog that will be later used to reconstruct the object’s state. The externalizer for this class is only needed when cache stores are used. For the sake of simplicity, I don’t mention it here.

Actual object that will be replicated across the cluster is the implementation of Delta interface. Let’s look at the class. First, we need a field that will hold the changes - changeLog. Second, we need to define a merge() method. This method must be implemented so that Infinispan knows how to merge an existing object with incoming changes. The parameter of this method represents an object that is already stored in a cache, incoming changes will be applied to this object. We’re using a reflection here to apply the changes to the actual object but it is not necessary. We could easily call setter methods. The advantage of using reflection is that we can set those fields in a loop.

Another piece is a registerComponentChange() method. This is called by an object of the Bicycle class - to record changes to that object. The name of this method is not important.

Defining our own externalizer

Alright, so what remains is the externalizer definition for the Delta implementation. We implement AdvancedExternalizer interface and say that only changeLog object should be marshalled and unmarshalled when transfering data over the wire. A complete (almost) implementation of Delta interface is the following.

Tell Infinispan about the extra externalizer

We also need to configure Infinispan to use our special externalizer to marshall/unmarshall our objects. We can do it e.g. programatically by calling .addAdvancedExternalizer() on the serialization configuration builder.

You can see we’re also configuring transactions here. This is not necessary, though. We just aim to provide a richer example, removing transactional behavior is trully easy.

And here comes the "usage" part. Enclose cache calls by a transaction, retrieve a bicycle object from the cache, do some changes and commit them.

That’s it. What is eventually transferred over the wire is just the changeLog object. The actual bicycle object is reconstructed from incomming updates.

If all of this seem to be too complex to you, I have good news. Infinispan provides one implementation of DeltaAware interface whish is called AtomicHashMap (package org.infinispan.atomic). If this map is used as a value in key/value pairs stored in the cache, only puts/gets/removes performed to this map during a transaction are replicated to other nodes. Classes like Bicycle and BicycleDelta are not need then. Even registering the externalizer for AtomicHashMap is not needed, this is done automatically during registration of internal externalizers. However, one might want a class emulating a real-world object, not just a map. That’s the case when your own implementations of DeltaAware and Delta interfaces are the only way.