I’ve made for the first time to JavaOne - an impressive event not only through it’s scale but also the variety and quality of technical talks. Infinispan was just one of the six in-memory grid providers presents at the conference, which shows the increased demand for this technology. It was also a great opportunity for me to meet our community and  show our project to the world. Speaking of which, a crash course into Infinispan recorded from JavaOne: 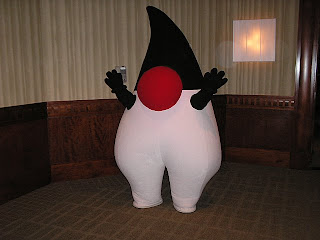 The first one is the BoF - early evening on Monday, the 1st of October, where I host the BoF titled "https://oracleus.activeevents.com/connect/sessionDetail.ww?SESSION_ID=5866[JSR 347, Data Grids, and NoSQL]". This BoF is an interactive session targeted at anyone with an interest in standards around data grids and NoSQL, where I would like to discuss the overlaps, convergence and divergence, and of course standards around such technologies.

The second one, a conference session titled "https://oracleus.activeevents.com/connect/sessionDetail.ww?SESSION_ID=5875[Making Apps Scale with CDI and Data Grids]"is a demo-driven talk on building applications to make use of data grids and distributed caching for performance and scalability, using the popular CDI programming model.  Some familiarity with CDI is expected.

I never got around to blogging about this when my talks were accepted for JavaOne this year, but it’s about time.

I have a conference session titled "https://oracleus.wingateweb.com/content/sessionDetail.do?SESSION_ID=23382[A Tale About Caching (JSR 107) and Data Grids (JSR 347) in Enterprise Java]" and a BoF session focused on JSR 347 titled "https://oracleus.wingateweb.com/content/sessionDetail.do?SESSION_ID=23380[Making Java EE Cloud-Friendly: JSR 347, Data Grids for the Java Platform]", which I will be delivering with fellow Infinispan developer, JBoss rockstar and overall nice guy Pete Muir.

Later on in the year, I will also be running a University talk at Devoxx in Antwerp, titled "http://www.devoxx.com/display/DV11/Real-world+deep-dive+into+Infinispan+-+the+open+source+data+grid+platform[A real-world deep-dive into Infinispan]".  This too will be with Pete and Mircea Markus, another core Infinispan developer.

This will be a great chance to learn more about Infinispan, data grids, JSR 107 and JSR 347, so if you are attending these conferences, make sure you add these talks to your agenda!  :-)

Data-as-a-Service: a talk by yours truly

Last month, at the JavaOne conference in San Francisco, I spoke about data grids.  A BOF session on on cloud-ready data stores using data grids, and a conference session on measuring performance and benchmarking data grids.  But in addition to the official JavaOne talks, I also did two short, 20-minute mini-sessions at the Red Hat booth at the JavaOne pavillion, titled Data-as-a-Service using Infinispan.  The good folks at the Red Hat booth even recorded it and put it online on Vimeo, where it is accessible on-demand.

So there’s quite a lot going on at JavaOne 2010 - next week, already! - with regards to Infinispan.  Firstly, I’m running a session and a BOF both related to data grids and Infinispan.  Mark these in your calendar!

My main conference session is on Wednesday, at 13:00, titled "http://www.eventreg.com/cc250/sessionDetail.jsp?SID=314192[Measuring Performance and Looking for Bottlenecks in Java-Based Data Grids]".  This should be a fun and interesting talk!

Further, the Red Hat/JBoss booth in the pavilion will be running a series of "mini-sessions", with a chance to meet and interface with the core R&D folk from JBoss including myself.  I’m running a mini-session on building a Data-as-a-Service (DaaS) grid using Infinispan on Tuesday and Wednesday, along with similarly exciting talks by other Red Hatters.  More details here.

And finally, the JBoss party.  JBoss parties at JavaOne have become something of an institution and you sure wouldn’t want to be left out!  Details here, make sure you get your invitations early as these always run out fast.

See you in San Francisco!