Building on the solid foundation of Infinispan 8, JBoss Data Grid integrates with the rest of the Red Hat JBoss middleware platform to deliver top-notch long-term support, dedicated high-quality consulting and training services, and the best open-source expertise in the world.

If you want to give it a spin, go to the Red Hat JBoss Data Grid product page, where you will find download links for a free trial, documentation and more.

Dear Infinispan users, a new version of Infinispan Arquillian Container has been released into JBoss Maven Repository as maven artifacts. The previous version was announced by http://blog.infinispan.org/2012/09/infinispan-arquillian-container-100cr1.html The blog post contains information related to setup of JBoss Maven Repository, including its address as well as address of the Infinispan Arquillian Container itself.

As a result, the configuration of Arquillian with respect to Infinispan Server was simplified.

Now there’s only one way to compose the arquillian.xml file:

The property ispnHome no longer exists. The path to the Infinispan Server is now specified via jbossHome. The serverConfig attribute then specifies the correct configuration file for the server.

In order to run tests with Infinispan Arquillian extension, one should use the following dependencies: org.jboss.as:jboss-as-arquillian-container-managed:jar:7.2.0.Final:test org.infinispan.arquillian.container:infinispan-arquillian-impl:jar:1.1.0.Alpha1:test

Now that we’ve configured the server to run in our tests, it’s time to introduce a few enhancements which will help you write tests more effectively.

You can still inject the reference to a running Infinispan Server by annotating an instance variable of type RemoteInfinispanServer with @InfinispanResource.

When there are more Infinispan servers to be injected, you can now use the following snippet instead of injecting each server independently:

Then you can retrieve individual servers by calling .getServer(name) on the servers variable. The name must correspond to an existing container definition within arquillian.xml. The results of this call will be of type RemoteInfinispanServer.

So far users were forced to start the Infinispan Server either before the whole test suite (mode="suite") or before each class separately (mode="class"). The annotation WithRunningServer enables users to automatically start the server before a test method and stop it after the method. Example:

Note that in this case containers should be marked as mode="manual" in arquillian.xml file so that Infinispan Arquillian extension can handle lifecycle of these servers by itself.

When @WithRunningServer annotation is placed on a class, the server(s) will be started before the first method call in the test class, and stopped when JUnit @AfterClass event is triggered.

Infinispan Arquillian extension can now work with Infinispan Server running on IPv6 as it can correctly connect to the server via JMX.

Running tests with plain Infinispan libraries instead of Infinispan Server has not changed since the last release. Read more about it in the previous blog post.

Thanks to Michal Linhard and Vitalii Chepeliuk who helped move the project one step further.

You can now buy support for Infinispan

Yes, at last.  Intentions first announced last year, and beta programme launched a few months ago, Red Hat’s JBoss Data Grid (JDG) 6.0 is now in final, GA form.  This supported release is based on Infinispan 5.1.5.Final, and you can read more about it here.

It has been picked up by the press too.

To many who are familiar with Red Hat's model of unsupported upstream projects with supported, heavily tested and certified controlled-release "products", the announcement of the JBoss Data Grid (JDG) will come as no surprise.  JDG is to Infinispan what Red Hat Enterprise Linux is to Fedora, or what JBoss Enterprise Application Platform (EAP) is to JBoss AS.  Folks considering deploying Infinispan in a mission-critical production environment should consider JDG instead, not only to gain the benefits of a more thorough quality control and certification process but also to allow Red Hat to provide development and production support and consultancy.

JDG was announced at Red Hat Summit/JBoss World last year, and I blogged about it here, and now JDG has reached a stage where it is available as a public beta with a GA release coming soon.  If you are interested in JDG, or supportable Infinispan, I encourage you to register your interest in the JDG Beta. 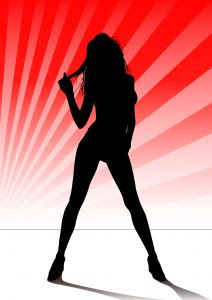