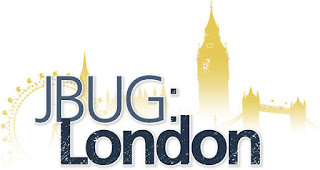 We continue with the blog series on the experimental Functional Map API which was released as part of Infinispan 8.0.0.Final. In this blog post we’ll be focusing on how to listen for Functional Map events. For reference, here are the previous entries in the series:

The first thing to notice about Functional Map listeners is that they only send events post-event, so that means the events are received after the event has happened. In contrast with Infinispan Cache listeners, there are no pre-event listener invocations. The reason pre-events are not available is because listeners are meant to be an opportunity to find out what has happened, and having pre-events can sometimes hint as if the listener was able to alter the execution of the operation, for which the listener is not really suited. If interested in pre-events or potentially altering the execution, plugging custom interceptors is the recommended solution.

Write listeners enable users to register listeners for any cache entry write events that happen in either a read-write or write-only functional map.

Adding a write listener is done via the WriteListeners interface which is accessible via both ReadWriteMap.listeners() and WriteOnlyMap.listeners() method. A write listener implementation can be defined either passing a function to onWrite(Consumer<ReadEntryView<K, V>>) method, or passing a WriteListener implementation to add(WriteListener<K, V>) method. Either way, all these methods return an AutoCloseable instance that can be used to de-register the function listener. Example and expected output:

Adding a read-write listener is done via the ReadWriteListeners interface which is accessible via ReadWriteMap.listeners() method. If interested in only one of the event types, the simplest way to add a listener is to pass a function to either onCreate, onModify or onRemove methods. Otherwise, if interested in multiple type of events, passing a ReadWriteListener implementation via add(ReadWriteListener<K, V>) is the easiest. As with write-listeners, all these methods return an AutoCloseable instance that can be used to de-register the listener.

Here’s an example of adding a ReadWriteListener that handles multiple type of events:

More listener event types are yet to be implemented for Functional API, such as expiration events or passivation/activation events. We are capturing this future work and other improvements under the ISPN-5704 issue.

We’d love to hear from you on how you are finding this new API. To provide feedback or report any problems with it, head to our user forums and create a post there.

In next blog post in the series, we’ll be looking into how to pass per-invocation parameters to tweak operations.

In this blog post we’ll continue with the introduction of the experimental Functional Map API, which was released as part of Infinispan 8.0.0.Final, focusing on how to manipulate data using single-key operations.

Firstly, we need construct instances of ReadOnlyMap, WriteOnlyMap and ReadWriteMap to be able to work with them:

Next, let’s see all three types of operations in action, chaining them to store a single key/value pair along with some metadata, then read it and finally delete a returning the previously stored data:

This example demonstrates some of the key aspects of working with single entries using the Functional Map API:

The reason we didn’t add a WriteOnly.eval(K, V, V, Consumer) to the API is because value-equality-based replace comparisons are just one type of replace operations that could be executed. In other cases, metadata parameter based comparison might be more suitable, e.g. Hot Rod replace operation where version (a type of metadata parameter) equality is the deciding factor to determine whether the replace should happen or not.

In the next blog post, we’ll be looking at how to work with multiple entries using the Functional Map API.